A product of the vaunted Richmond Kajaks Track and Field Club, Camryn Rogers qualified for this summer’s Olympic Games in Tokyo.

It was a Saturday that Camryn Rogers won’t soon forget.

While there have been countless other weekends in which the Richmond hammer thrower has raised the bar, this one could possibly have earned her a trip to the Olympic Games.

At the West Coast Classic in Eugene, Ore. (a community long one of the most appreciative of track and field dating back to the introduction the Oregon Relays), the McMath Secondary grad achieved the Olympic standard in the women’s hammer throw with a throw of 73.09 metres. It came on her first throw of the meet to pass the Olympic standard of 72.50 metres.

Her career-best, the mark lifted the University of California-Berkeley senior to No. 4 all-time in the NCAA. 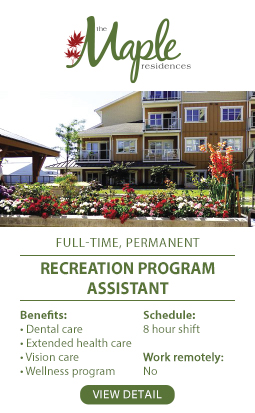 Gifted Kennedy a wizard on the court

Catch the Sockeyes for $5

Ravens relentless in pursuit of success

Braaten steps down from baseball helm

Bradley staying on track amidst a crisis

Cohen committed to the net

Sockeyes’ Araki-Young playing for the love of the game

Richmond to welcome the hockey world at Parade of Athletes

Set to race in worlds, Dunfee up for national award

CARHA reaches out to community through special CAN night

Best in B.C. gather for softball glory in Richmond

Hope on the horizon for local swimmers

Olympic Oval remains a lasting legacy of the 2010 Games

Sockeyes preparing, as usual, for season ahead

Avalanche stand tall in Richmond
KidSport Week: Celebrating getting kids into the game

United growing in leaps and bounds

Haddows reflect on the gridiron life

Chan steps up for Canada

Richmond front-and-centre at BC Games

Bowling strikes a chord with the Imoos

Richmond athletes shine at BC Games

Race walker Dunfee a champion on and off the track

Alaska has long history of curling at PIC

Seeds being planted for safe return to play

Ravens' coach is also a Devil of a player

Strikers mine silver on BC rugby pitch

Canada Cup's back at Oval

WHL teams give nod to Seafair Bantams in draft

More in store on the floor for Ravens

Kennedy powers Wildcats past No. 1 Titans

Islanders hosting best in the west

Air of excitement as hoop season tips off

Canucks Stecher returns to his roots

Captain Brown ticks all the boxes

Fitness need not cost a lot

Inspiring the young at heart

Police chief to give update on case of Saskatchewan man allegedly kill...

If COVID vaccines 'essential,' Canadians could get shots in U.S. and n...

Experts call on Canada to use COVAX doses of AstraZeneca or give them...

California is awash in tax revenue and budget reflects it

Prince Harry thought about quitting royal life in his 20s

US industrial output rose a modest 0.7 per cent amid shortages