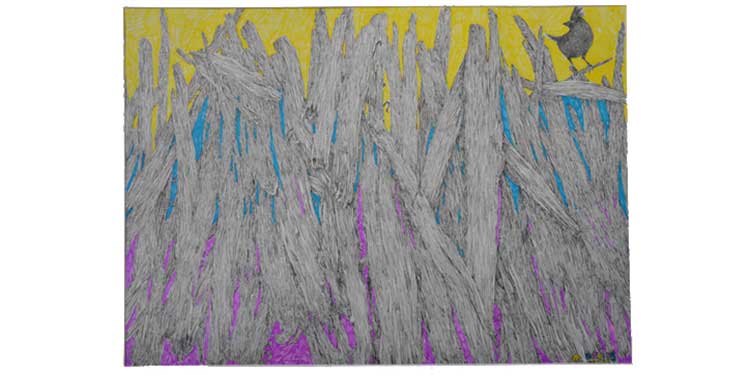 The Vancouver Lipont Art Centre, open to the public without charge, recycles and reuses a building to its fullest extent. Who would have thought a former Richmond Acura dealership would lend itself so well to becoming a happening commercial gallery? The sweeping windows, tall ceilings of the great room, and myriad of more intimate spaces seem perfect for this gallery.

Saturday, May 8 was Lipont Place’s latest opening featuring a number of artists working in varied media. The show, entitled Generation One Exhibition: Art by First-Generation Asian-Canadian Artists, runs until June 4 and is open from 9 am until 5 pm.

One example of the artistry and expertise on display and for sale at the Lipont Centre isXiao Feng’s delicate work. With lines as fine as hairs, he depicts images that not only evoke nature but the powerful feelings nature calls up in each viewer. Once a journalist, Feng, now exhibits his art around the world. His work hangs in many private and public collections and was also used in theLacoste Man’s Polo Sculpture Launch at the Musee Des Arts et Metiers in Paris.

While Niel McLaren has a day job working on computer programs for the world of commerce, his art blends his love of flock theory and computers with artistry. Flock theory looks at groups of birds in flight, swooping together, seemingly without communication.Anyone who has herded children has an idea of how challenging a concept that is.

In McLaren’s computer-based art, each colour represents a separate group of birds. Each time a viewer touches the screen, they create a new virtual bird that is trying to get back to its flock as quickly and directly as possible without hitting another bird. While it may sound cumbersome, the result is a ballet of lines, swooping around and past each other, coalescing into flowing groups of individual colours

Another artist working in traditional mixed media is Tony Yin Tak Chu. His images, haunting and evocative, call out to the viewer, offering feelings and remembrances as much as images and sights.

While born and raised in Hong Kong, Chu has long been an integral part of the Richmond art scene both as an artist and as a volunteer at the Richmond Art Gallery since he immigrated to Canada in 1996.

These three artists are just a taste of what Lipont has to offer. Coming up for two consecutive Saturdays at 2 pm, Saturday May 13th, 2017 and Saturday May 20th, 2017 Lipont will offer a demonstration and pop-up shop of Indonesian batik. This vibrant gallery in a newly-repurposed building offers much to the curious and the art-lover alike and all for free. 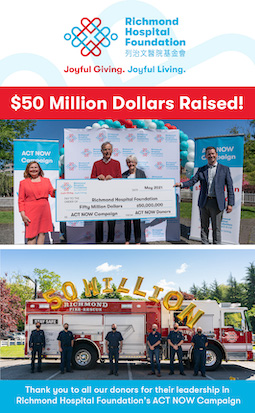 Local actor shines amid myriad of stars at Bard

Richmond-raised Ajaye Jardine rising up the country charts in Nashville

“KISMET” play shares wisdom on how to cope

Teasing out the hidden

How is a mother to cope?

Metro Theatre shows what 'A Bunch Of Amateurs' can do

The magi among us

High tea and high art blend for a fine time

Richmond Music School reaches out in its 40th year

Taylor-made for the Grand Prix of Art

Theatre that teaches our hearts

The show goes on: Richmond Music School finds ways to make music during the pandemic

Frankenstein: when hurt leads to anger

Deeply connected to Richmond’s past, Mînowin looks to the future

Wade finds his calling in the theatre

Fourty-four characters offer a Dickens of a tale

Art that feeds the body as well as the soul

All's Very Well at Bard on The Beach

Many to thank for success of Grand Prix of Art

A cup of seasonal cheer and a Christmas-ish miracle

Affordable fun at the Cannery for summer Friday evenings

Arts in Richmond at the heart of annual awards

Create your own mini at-home play with Gateway kit

Production star lives quietly among us in Steveston

Get creative at the Richmond Children’s Arts Festival

Rolling into the future

Forget the action movie, try Bard on the Beach

From admin to full-time artist

Mother and daughter bond over art

Richmond Orchestra and Chorus Association: A noteworthy organization to support

Easter a time for reflection

Even online, ROCA still sharing the magic of music

Sense and Sensibility at Cap U

Saying yes to opportunity in Canada

A titanic exhibit at Lipont Place

Meaningful laughter is a piece of cake at Pacific Theatre

Music is good for the soul

‘Ring of Fire’ celebrates choral music of the Pacific Rim

The Positivity Project: Staying positive during the pandemic

Grand Prix of Art a gift to the community

From middle class to internment camp

Calling all artists to Converge!

Major music acts to perform at Ships to Shore festival

Theatre in all its Glory

Summer nights swing at the Cannery

As real as it gets

Whose heritage is it anyway?

Women elevated in the arts in Minoru Chapel series opener

A Christmas Carol comes to Gateway

Canada to accept donation of one million Moderna vaccine doses from th...

Commons committee calls for reshaping of EI to cover gig workers, self...

The latest news on COVID-19 developments in Canada on Thursday, June 1...

Massive restoration of Parliament's Centre Block to cost up to $5 bill...

'Pure business' at Biden-Putin summit: No hugs, no brickbats

Oldest party wins most seats in voting for 'new Algeria'